When I was first approached by a Chinese Fiber Laser Systems integrator several years ago I was interested in investigating their products simply because the price point was remarkably lower that all of the traditional marking systems from US and European integrators, including Jimani and our Langolier family of marking systems. After a few years of searching and trial and error system evaluations we settled on a Chinese partner and an initial hardware configuration. The story behind my interest and my initial experiences can be seen here if you might care to read it.

My initial thoughts were that the Low Cost Hybrid would provide a good starter system for very basic applications or those who wanted to dabble in laser marking at a modest entry level price. That initial configuration looked like this: 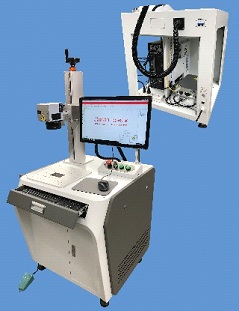 What I discovered after integrating and shipping a few dozen systems was that the capabilities of the system were anything but basic. The JPT fiber laser and the Galvo Tech scanhead have proved to be remarkably reliable. When coupled with Leopardmark or Prolase Laser Marking Software, the system has the capabilities of providing the same marking quality as any of the laser marking systems that I have run across. After all, the main components of a laser marking system are a laser, scanhead, laser marking software and control electronics and all of those components in the Low Cost Hybrid are pretty darned good.

Packaging was a different story. The cost of bringing in systems from China was becoming expensive. I was reluctant to bring in systems with larger configurations, such as full enclosures, because of air freight costs. I spoke to my Chinese partner, Ryan Wang of Focus Laser, about this. We agreed to test out container shipping by ship. This meant allowing for more shipping time and bringing in enough systems to justify the container cost. The first container shipment contained items that I would not have considered bringing in by air freight. The most notable new item in the container was a fully enclosed 60 watt fiber laser system, as shown in the photo below. 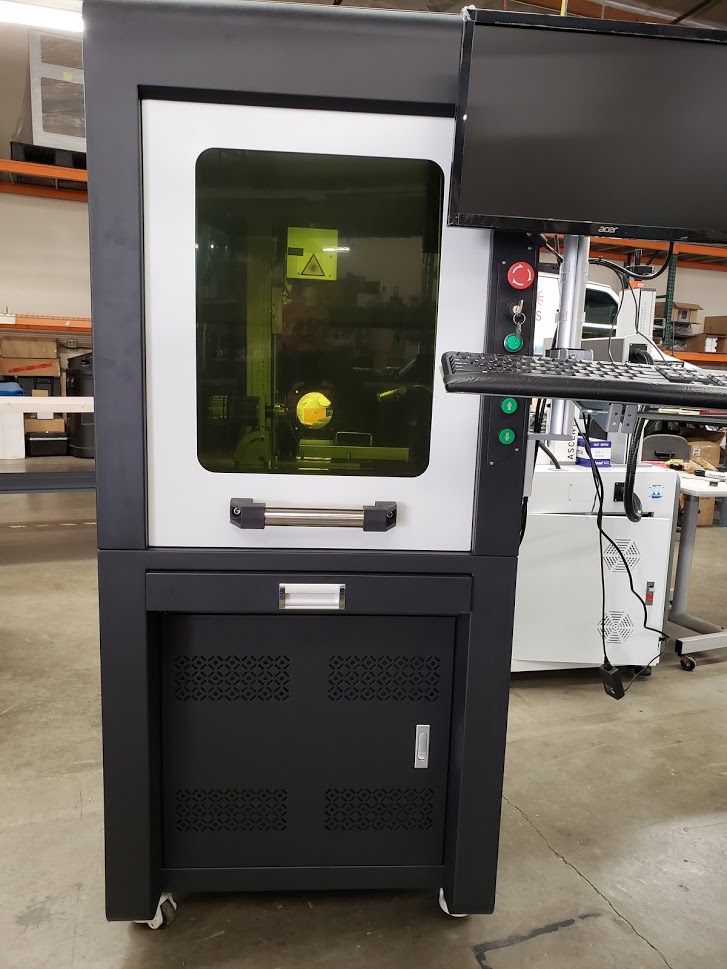 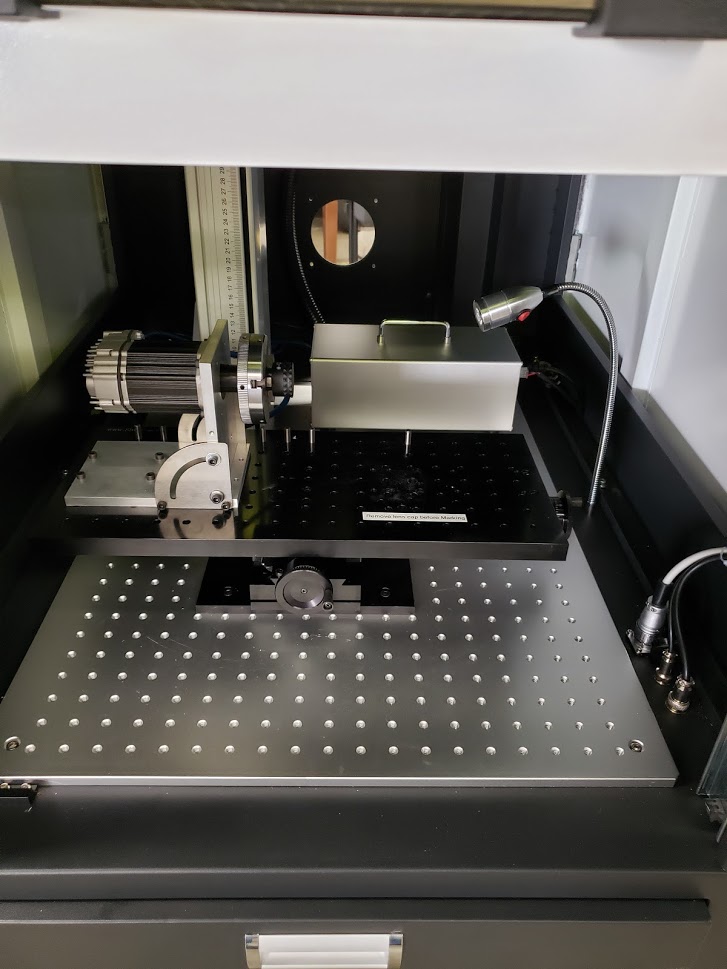 The full enclosure was well made, aesthetic and had a roomy interior. The interlocked front sliding door and swing open side panels provided lots of interior access. There was sufficient room for a manual
X-Y table and/or a rotary indexer and there was sufficient Z axis focus travel for any of the standard focusing lenses that we use.

At the request of a customer in Mexico we then brought in our first fully enclosed Low Cost CO2 Laser Marking System. The packaging was identical except for a deeper rear panel to accommodate the additional length of the CO2 laser. Interestingly enough, Ryan at Focus Laser, strongly suggested that we not use a Chinese made CO2 laser. Instead he installed a US made 60 watt CO2 laser which, by the way, tested out at over 75 watts through the lens. I have heard over the years that Chinese made CO2 lasers are not of the same quality as Chinese made JPT fiber lasers. I believe that because of Ryan’s reluctance to use a Chinese made CO2, he shares that opinion.

I’ve often said that the price of Chinese made fiber laser marking systems is a race to the bottom and that the Chinese tendency is to try and make the systems appear more full featured by adding cheap components that don’t work as advertised. One of those components that is common on all imported marking systems is a red diode pointer that serves as a visible alignment laser. A red diode guide laser is typically mounted in an adjustable mount between the fiber marking laser and the scanhead. The red guide laser position is then adjusted so that it is aligned with the marking laser at the focal point of the lens. The problem is that the adjustment mechanism is terrible and it is difficult to get the two laser spots aligned well. If anything gets bumped or moved at all, that alignment is lost and one might spend a few frustrating hours trying to realign it.

Jimani’s Langolier Laser Marking Systems have always employed a guide laser that is internal to the fiber laser module. This is a more expensive option but, since the red guide laser and the fiber marking laser share the same fiber optic path, they are always in alignment. We now use internal guide lasers in all of our Low Cost Fiber Laser systems with JPT lasers.

It seems as though instead of being caught up in that race to the bottom pricing structure, we have found a middle ground. Even though we will never have the lowest system prices, the Low Cost Hybrid is evolving to a configuration that is comparable to the Langolier in both functionality and performance. We also have the comfort of being able to support the equipment without using dirt cheap prices as an excuse for poor quality or performance.