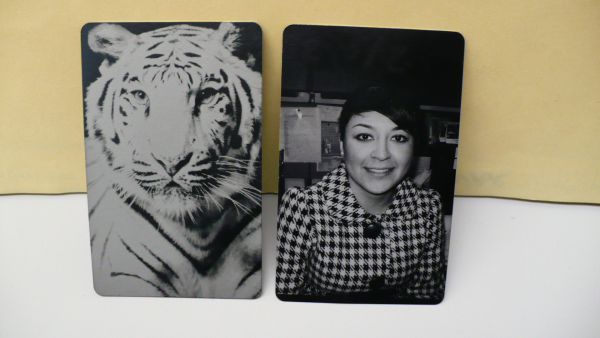 For the majority of applications there are three types of laser marks that can be performed on aluminum: engraving, ablation, and dark marking. Laser marking/engraving is a common technique for marking aluminum because of the variety of the mark appearances that can be made ranging from light surface ablation to engraving depths of several thousandths of an inch.

In this example you can see how the type of laser used can affect the outcome. Both photos are laser markings applied to a black anodized aluminum substrate. The tiger is marked with a  CO2 laser and the girl was marked with a fiber laser. In this example, the lasers were set up to mark a photo, not a common application. Although both marked photos look great, the fiber laser marked item has much more detail due to the smaller focused spot size of a 1064nm fiber laser. The results demonstrate the versatility of laser marking on aluminum. 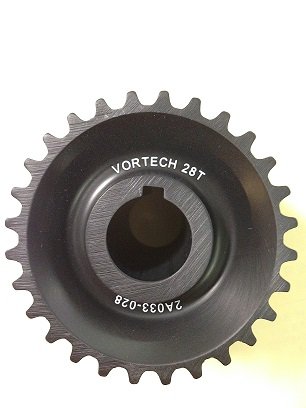 A much more common application can be found here. Again the marking was done on black anodized aluminum, but laser settings were adjusted to achieve a white look text. Accomplished with a Jimani Langolier with a 20 watt fiber laser and 254 lens, this example  is typical of industrial laser marking applications.

Contact us if you would like to talk about laser marking systems or job shop services for your aluminum parts.