Laser classes are defined by CDRH (Center for Devices and Radiological Health), a branch of the FDA. Any laser that does “work” is a Class IV laser. Suffice it to say that the power range of Class IV lasers is extremely broad and I have stated before that it is somewhat comparable to categorizing a pea shooter and a cruise missile into the same class of weaponry.

Some organizations are comfortable with having their fiber laser marker operators wear a pair of laser safety glasses while others feel a need to enclose the laser work area in one way or another. There are some choices available with regard to laser marking enclosures.

There seems to be a general belief that an enclosure makes a laser marking system a Class I device. This may or may not be true. The requirements of Class I are pretty specific and ultimately state that there is no access to laser radiation or emissions. Most fiber laser marking systems employ a red diode guide laser that is extremely useful for part alignment and job setup. Those guide lasers are typically a Class III laser themselves. A Class I system denies access to that red diode guide laser when the door is open. In the case of a fully enclosed laser system which employs a Class III guide laser which can be turned on with the enclosure door open, the entire system takes on a Class III classification because there is access to Class III laser emissions. These days most of us own and use Class III lasers. These are the red diode lasers that are used in alignment or measuring tools or for pointers in classroom presentations or as a moving red spot on the floor to confuse the cat.

A company’s LSO (Laser Safety Officer) generally has the responsibility of dictating which class of laser is allowable for use in his manufacturing facility. I’ve learned not to argue with LSOs. I can offer an opinion but the ultimate decision about which class of laser his company will use is his or her decision, not mine.

A Jimani Langolier enclosure can be configured as Class I, Class III or Class IV. When configured as a Class I enclosure, both the fiber marking laser and the red diode guide laser are disabled when the door to the work area is open and all access into the work area is either interlocked or covered. When configured as a Class III enclosure, the red guide laser is available and can be turned on while the door is open. In either of these configurations, the door is interlocked and equipped with a 12 inch square laser safe viewport. 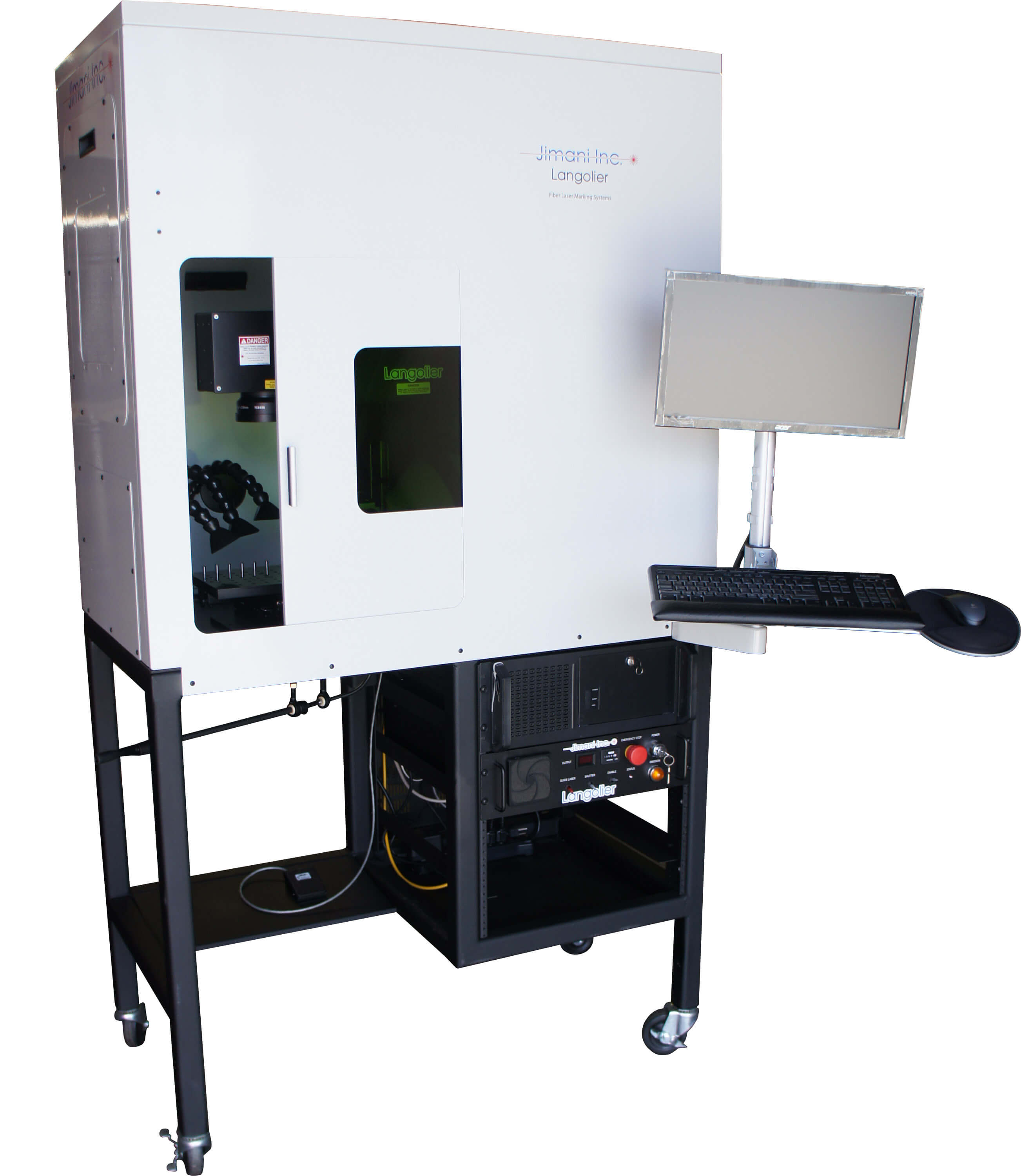 An alternative approach to an enclosure is to provide one that eliminates viewing of the marking process from adjacent or nearby workers but still allows full access to the working area for part loading and setup. In this configuration the enclosure is a Class IV enclosure because there is access to Class IV laser emissions. It is recommended that the marker operator wear laser safety glasses with this type of enclosure. 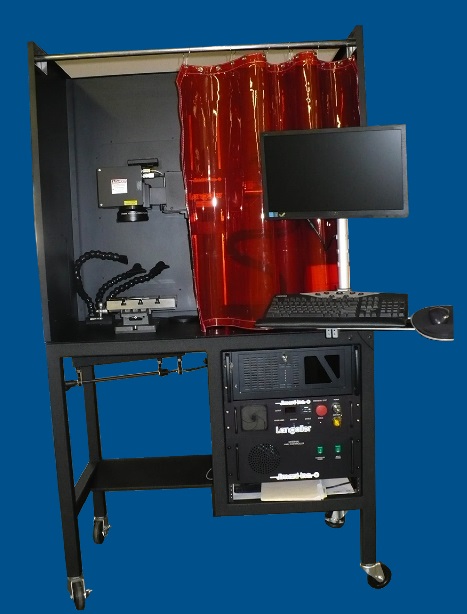 Any enclosure can be fitted with “balloon” panels to accommodate long or excessive sized parts. 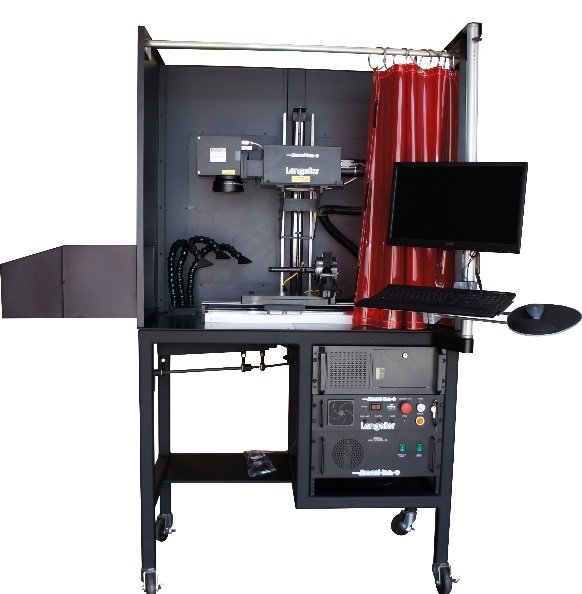 Safety items such as light curtains and foot switches are also easily incorporated into Jimani laser marking system enclosures.  Lasers are used safely and reliably in many work environments.  Let us know your safety concerns and we will be happy to make a recommendation on the right system that fits your particular needs.