Rotary marking with a galvo driven laser system can be accomplished in one of two ways. The simple, inexpensive method is by “HANDSHAKING”. This simply means that a complete object is marked by the laser and then the marking software commands the rotary indexer to move to a new rotational position and another complete object is marked. This works well with any marking object that will mark on the circumference of a cylinder without exceeding the depth of focus of the laser’s optical system.

But, what if the object to be marked is too large to fit on the circumference of a cylinder without exceeding the depth of focus of the optical system? 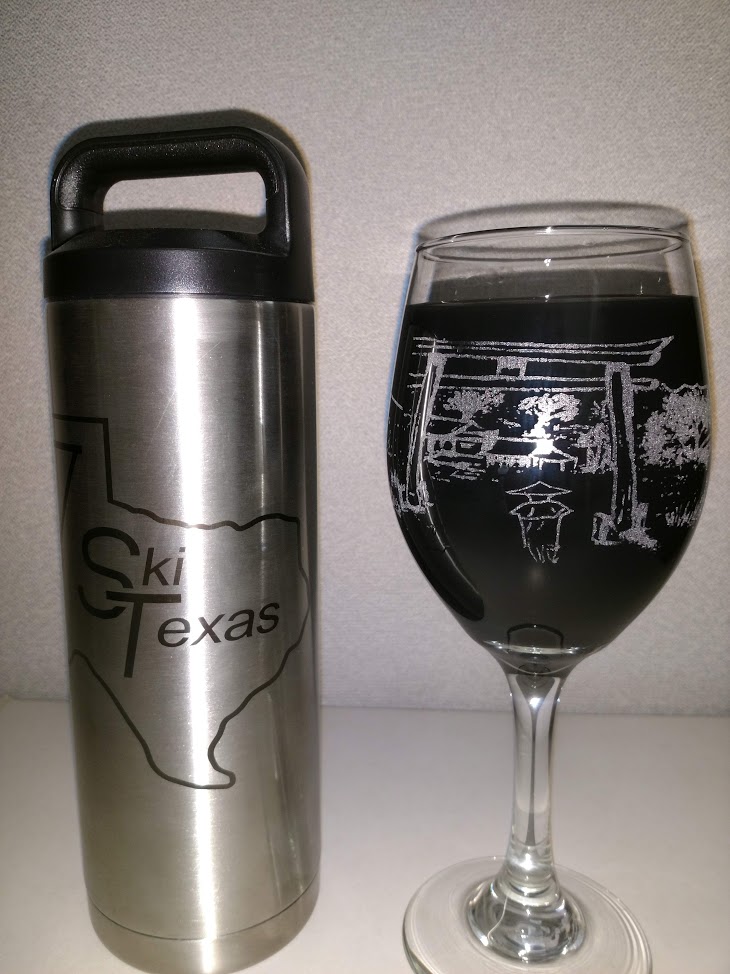 In that case, the object must be separated into smaller individual sections (tiles) and the size of those tiles cannot exceed the depth of focus of the marking system when the tile is marked.  An example of this might be a graphical object, such as a logo, that needed to be wrapped around the circumference of a cylinder.

The technique needed for this type of marking is “TILING”. The marking software must be capable of separating the graphical image into individual tiles and the rotary system must be capable of positioning the cylinder so that the individual tiles are aligned quickly and accurately enough such that the laser can mark adjacent tiles without seams between the tiles. This is not an easy task.

If any of these things is not true, adjacent tiles will have evidence of seams and, depending on the product and the image to be marked, those seams will usually be glaringly obvious.

The smaller the tile size, the less critical any of those factors become. If tile sizes are made very small, then seamless marking isn’t particularly difficult. After all, the linewidth of a single marked laser line will be somewhere between .002 and .005 inches and if tiles can be positioned to that degree of accuracy, seams will just blend in. A gap between adjacent tiles is a much more glaring error than a slight overlap between adjacent tiles if that overlap doesn’t obviously distort the shape of the graphic.

The problem with small tiles is the time that it adds to the marking process. Each time the rotary indexer positions to a new tile it must aggressively and accurately move to that new position and then settle in place without any vibration or creeping. Move and settle times on the order of 500 milliseconds are not uncommon for the short moves that would allow for small tiles. If the tile size was set at 1.8 degrees, then it would take 200 moves to mark 360 degrees around a cylinder. If the move and settle time was 500 milliseconds, then the rotation process alone would add 100 seconds to the overall cycle time of the part.

The problem that we set out to solve was:

How to make small tiling moves and minimize the increase in cycle time.

Look at the short video file and photo below. 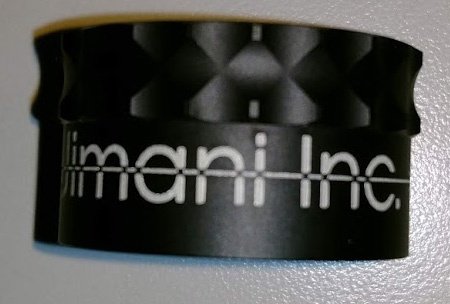 This part is a 1.2-inch diameter cylinder and the surface finish is black anodize. The part was marked with 1.8-degree tiles and the marking wrapped 180 degrees around the cylinder. The total move and settle time for each tile was about 20 milliseconds or 2 seconds for 180 degrees of tiling.  The total cycle time for this part was about 4 seconds. The marking time itself was about 2 seconds.

Fast rotary tiling does not speed up the marking, it only decreases the rotary move and settle times. Heavier and larger diameter parts such as the YETI mug and wine glass pictured at the beginning of this post will have a longer move and settle times because of size and weight but move and settle times for parts of this size will still only be on the order of 40 or so milliseconds. The marking time is the marking time and is a function of the size of the image, the type of mark and the abilities of the laser to make that mark on the part. But, regardless of marking time, indexing time starts to become insignificant. Not only is indexing time insignificant for small tiles, the resulting mark can be made to appear seamless. That is a big deal.

For the last several months Jimani has been working with American Laserware (the authors of Prolase), BDS Automation, Teknic and Sherline in a combined effort to introduce a product that allows for fast, accurate rotary indexing for parts in the 1-2-pound weight range and up to 5 or so inches in diameter. American Laserware has now introduced a version of Prolase, Prolase DCA, which can control particular types of rotary encoded servo motors in the same way that one would control a stepper motor. The motor selected was one of the models in the Teknic family of Clearpath motors. Sherline designed a stable mounting platform for the motor.  A Sherline 3 jaw, self-centering chuck was mounted directly to the motor shaft and BDS Automation and Teknic developed motor tuning files that would allow that chuck and a 2-pound payload to make fast moves with minimum settling time. Jimani collaborated with Sherline in the design of special 2-part chuck jaws which will accommodate a much larger range of part diameters. These jaws were primarily intended to be used with a full range of metal drink tumblers and glassware. 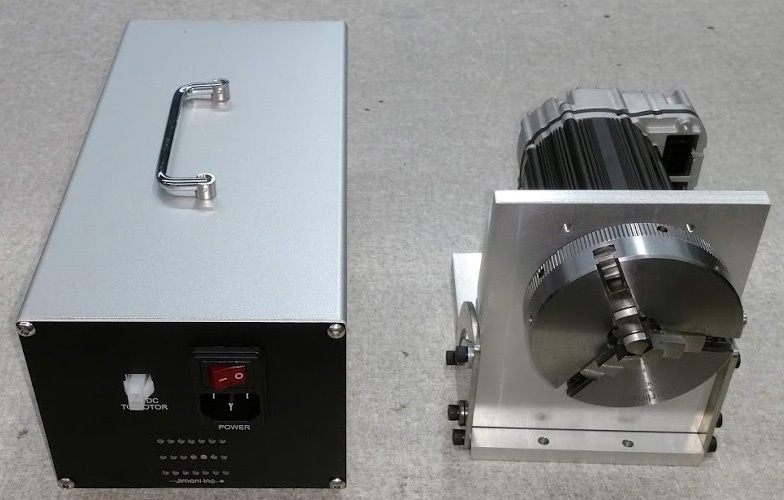 Jimani has installed two high speed rotary modules on in-house systems. Installations are on a CO2 laser and a fiber laser. The current BETA version of Prolase 10 posted on the American Laserware website (www.laserware.com) has the DCA features in it although the Prolase security dongle requires a paid update in order to use these features.  Hardware kits from Jimani are now available for customer installations.